Skip to content
You are here: The Consciously Parenting Project > FEATURED > Consciously Parenting: Book 1 > What it Really Takes to Raise Emotionally Healthy Families Series- Day 20
What is Healthy Expression of Feelings?
The most difficult part of learning to express our feelings appropriately is recognizing when someone else is doing so. We have seen healthy, appropriate expressions of feelings so seldom in our lives that we don’t know for sure when it happens, much less how to model it for our own children.
Emotion is energy in motion and emotions need an avenue of expression or our emotions become trapped in our physical bodies. This doesn’t mean that we are encouraging our child to hurt other people when they’re mad, but that we help them learn how to move through the energy and refrain from labeling those emotions as “good” or “bad.” It is energy and it needs an outlet, much like lightning needs a place to ground into the earth.

Lightning isn’t inherently good or bad, but lightning can move through in a way that hurts sometimes. This is why we have lightning rods to direct the energy into the earth where it won’t hurt. And we need to help our children learn how to allow the energy of their emotions to move through them in a way that doesn’t hurt anyone, including themselves. And this means that we need to learn how to do this for ourselves so that we can support their process. 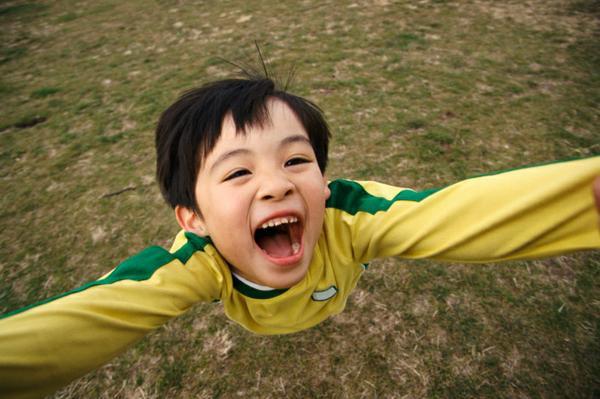 My husband just reminded me of a story about my older son and anger just yesterday. When he was in high school, he had a lot of frustrations and he wasn’t always expressing his anger in ways that felt good to us. He was tall and big and what would have been cute when he was 5 was scary at 15. We wanted him to have a way to express some of that energy that was coming out as anger in ways that didn’t hurt himself or anyone else.

We talked about enrolling him in karate, but he wasn’t interested in that. He wasn’t into sports. He didn’t like running. As we were exploring ideas, someone suggested a punching bag. Brilliant!! He thought it was something that would help him have an outlet for his feelings.

The following week, we bought a punching bag and hung it in our front yard from a large tree. I encouraged him to go hit the punching bag regularly, but he wasn’t that interested. One day, he was really upset. I think something happened to his cell phone and he was angry with himself. He was yelling and really upset, which wasn’t working for the rest of the family.

I invited him to join me at the punching bag, figuring that it would be better to have company to hit the bag. We stood there and he was still pretty upset, not wanting to hit the bag. At this point, I was feeling a lot of my own feelings, so I decided that I would hit the bag if he wasn’t going to. (Modeling!!!)

But the funny thing was that I had no idea how to hit the bag. I put the gloves on and started hitting it timidly. My son told me that I was going to hurt myself hitting like I was, so I asked if he could show me how to do it correctly. He did, moved into teacher mode, and we ended up laughing and moving through the rest of the fight energy from what happened earlier. We both felt better and moved on with our evening.

E-motion is energy in motion. If we can find an appropriate place to direct that energy without judging it, we can support our children in learning how to appropriately express the energy in a way that doesn’t hurt them or anyone else. That doesn’t mean there aren’t boundaries. In fact, there often need to be. We can’t let our kids hurt us or anyone else. Help them to find their own lightening rods so that the energy can be directed appropriately and it feels better for everyone.