My toddler was climbing up onto his little chair, and he fell off. He immediately started crying, and by the sound of it I could tell he was hurt.

He didn’t need me to remind him how dangerous it is to climb on chairs.

He didn’t need me to put a breast in his mouth to stop the crying.

He didn’t need me to shush him, or try to distract him, or any of the other things we do to minimize hurts when they happen to little people.

He just needed me to come over and be with him. He reached for me, and I picked him up. He laid his head on my shoulder and I held him quietly. There was nothing I needed to say in that moment. He just needed someone to be with him while he cried. It was scary. He bit his lip when he fell and it hurt. He needed nonjudgmental comfort.

After a minute, he did want to nurse, but he still had some tears he needed to let out so it was difficult for him to stay latched.

After he was done crying, I told him the story of what had just happened, from what I could see. “You were climbing on your chair. You slipped off and fell. You bit your lip, and it hurts. I’m sorry that happened. Would you like another hug?”

Then he nursed some more and drifted off to sleep.

It can be so hard to stay quiet.

But they are always learning. Will he stop climbing on things? No, I’m sure he won’t. I wouldn’t want him to stop. But maybe he’ll try it a little differently next time. Maybe he’ll go slower, feeling it out as he goes and figuring out how to keep himself safer.

I know he will continue to fall as he explores his world and his abilities, and I do my best to make his space as safe as possible. But he’s going to fall, and he’s going to get hurt, and all he really needs from me is to be there with him.

It’s ok for them to cry for as long as they need.

Sometimes I just need to cry some tears out. Maybe the fall wasn’t really all that bad, but the little one had some stored up hurts and stresses already, and this was an opportunity to release them. They need to let it all out. And we just need to stay nearby, support them, listen, offer comfort if they want it, and wait. Quietly.

Lianne March graduated from Clemson University in 2003. She lives in Melbourne, Florida with her husband, Allen, 3 children: Allen IV, Alexa, and Austin. She also has a dog, a bunch of chickens, and her parents live in the backyard in their RV when they aren't traveling the country. In addition to homeschooling her children, she supports other families in many areas including breastfeeding and general parenting. Lianne has been part of The Consciously Parenting Project since it began in 2007, serving behind the scenes with the website and book publishing. More recently she has joined Rebecca on the podcast, written for the blog, and is helping families as a Consciously Parenting Certified Holistic Family Consultant (HFC).

As my children enter adolescence 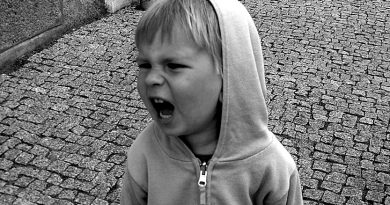 Handling Anger with Respect for All