It took me a long while to really understand that allowing my son’s feelings didn’t mean that he got to do whatever he wanted because he was feeling a certain way. In fact, it usually meant that he was often too overwhelmed for whatever he wanted and he needed me to reign him in a bit by setting a limit and usually allow him to “spill his hurts cup,” as Pam Leo, author of Connection Parenting would say.

He needed to express those feelings and he needed me to hear him. He needed me to acknowledge his hurts and allow the fear and sadness that was masked beneath the anger to come to the surface. He didn’t actually need the toy, the dinner out, or the diamond (not really the diamond- just seeing if you’re paying attention), but he needed to be seen and heard and have someone feel what he was feeling with him.

When he was angry because he wasn’t able to eat something due to his allergies, he didn’t need someone to give him a piece of cake filled with off-limit ingredients. He needed someone to be with him and understand how hard that was for him. And he needed someone to feel it with him.

I accomplished this quite by accident when I went on the same diet with him and eyed the brownie made with all the ingredients we could not eat with an intense longing right along with him. I felt the same thing he did. Because he had an ally, an amazing thing happened. He felt his feelings when they came up, but they didn’t last long. He soon stopped asking if he could eat things that were clearly off limits and he trusted that I would look out for him. Our relationship actually grew stronger because I set limits for him and kept him safe. 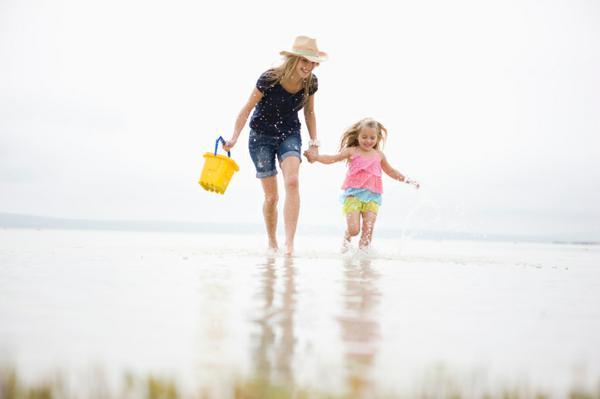 The beautiful thing is that he’s 23 now and he keeps himself safe. He knows what he can eat that works for his body and what he can’t eat. He also knows that I’m here to listen to him when things happen and he needs someone to listen to him. I don’t solve his problems for him, but know that making room for his feelings allows him to solve his own problems. And we started this when he was in elementary school. Also know that I don’t do it perfectly and you don’t have to do it perfectly, either.

It’s so easy to think that we’re being the good parent when our child cries and we give them what we want. It’s a way of solving what we think the problem is, but we’re actually not solving the right problem for them.

Our kids need us to keep them safe and to create a space where they can express feelings and empty their hurts cup. The goal becomes the listening, rather than the fixing, and that’s where lasting deep connection happens.